When Eagle is Goose 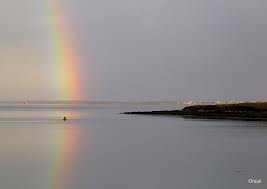 The Golden Eagle oilfield, some 60 miles off Aberdeen, will be sending output to Flotta in Scapa Flow, Orkney. This will double the volume of oil handled there as some 140 million barrels will be processed from late 2014 for 18 years. This is something of a 'Golden Goose' for the island, the name of which derives from the Old Norse for 'flatter isle'. The Vikings of old would be surprised by the structures of new, detailed here in Shetland News. 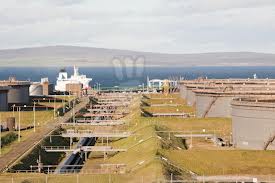 It had a strategic significance in the Second World War though its cinema (photographed here by Craig Taylor) is certainly weathering away. 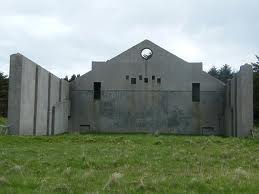 Yet the wind and the rain have not prevented the cultivation of crops where the flatter fields give tractors a relatively easy time.