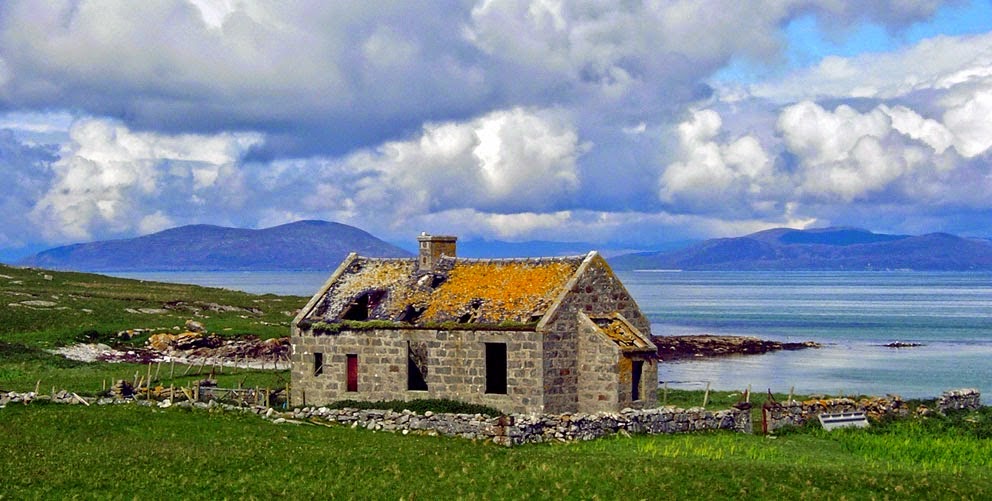 Four things strike me about Boreray, in the Sound of Harris. That the Free Church building (above) still stands, having last been used in the 1920s. That the extensive central feature of Loch Mor was temporarily drained late in the 19th Century and extended by 47 acres the potentially-fertile land on the 489-acre island. That Boreray, in the St Kilda Group, can be seen, on occasions, clearly - the right-hand island on the horizon of the image below. How Marc Calhoun has described and photographed Boreray so effectively in his blog and his book, Exploring the Isles of the West. 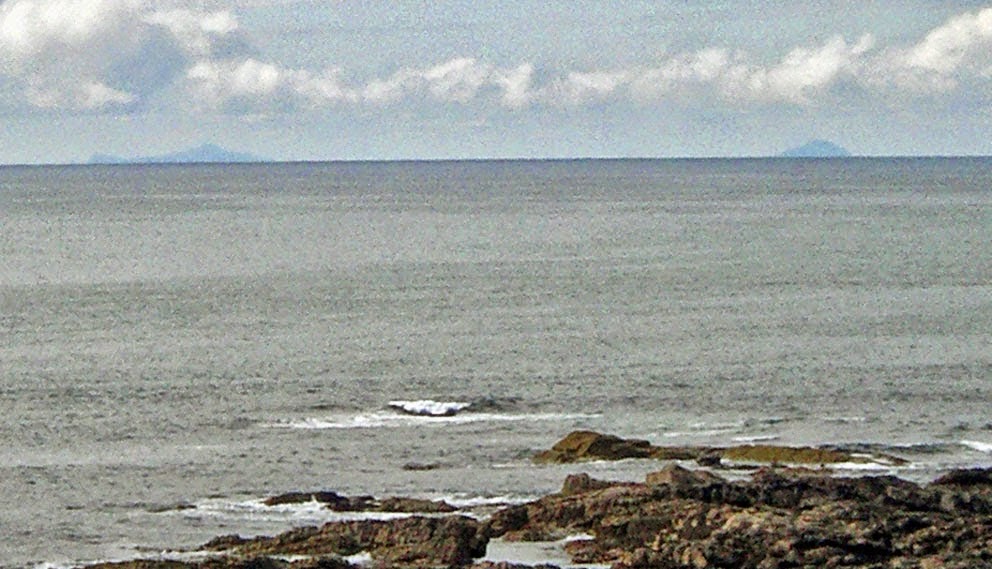