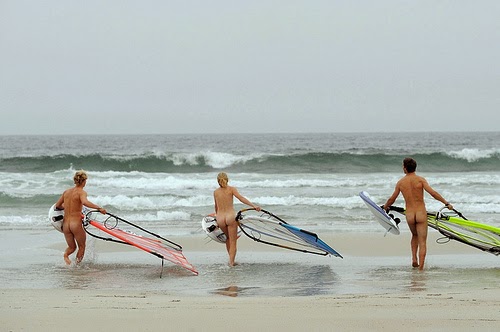 The above image was staged by a PR company in 2009 in an attempt to promote a surfing competition on Tiree. It appeared ... and did the trick. The image below also has natural attractions and indicates why Tiree has become something of the 'Hawaii of the Hebrides'. Residents of the island are aware that the popularity of the sport leads to crowded ferries and over-demand for seats on aircraft, especially in the summer months. Taking kit off may get your picture around the world, but it won't secure a ticket to Tiree.