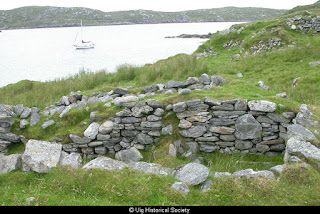 The Uig Historical Society has some fine images of the 208-acre Vuia Mor situated in Loch Roag on the west side of Lewis. There were four families recorded on the island in 1807 and by the time of the Census of 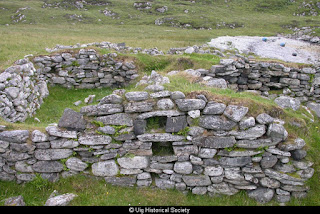 1841 there were 46 inhabitants living in seven houses, in the settlement at Knock Dibick. Then the island was cleared and no one has lived there since. A thriving community with extensive lazybeds (below) was 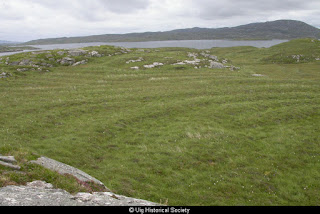 terminated. However, within living memory an elderly resident of Valtos, Lewis, could recall a neighbour, Mrs Kate Morrison, who died in his village aged 100. She was born on Vuia Mor in 1808. The span of human longevity is remarkable. 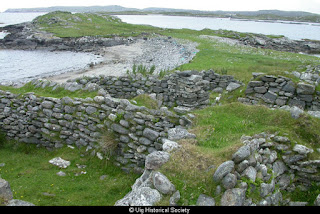