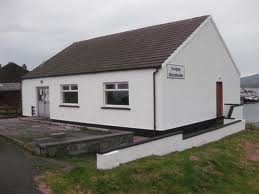 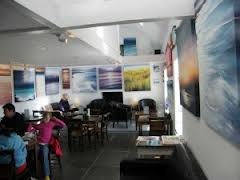 and which could well become a retail model for other islands. The astonishing fact is that Scalpay, with its current population of just over 300, had a dozen shops at one time. These started closing in the 1970s and by 2007 the final one in that phase of decline shut its doors. Now this business may well start attracting shoppers across the bridge and into the community. Here's the sign to guide you there.