Yesterday saw readers on Stac Lee - 'virtually' - and today we go higher to the Soldier / Warrior, Stac an Armin (above middle and below) At 643' it is the highest sea-stack in the British Isles and has, believe it or nor, had long-term, but never permanent, residents. The longest involuntary stay was that of nine months by three men and eight boys in 1727/28. When they returned to Hirta (the largest island in the St Klda group) they discovered that they had avoided a devastating smallpox outbreak. The last Great Auk in the UK was not so fortunate and was killed here in July 1840. If you enjoyed visiting Stac Lee through YouTube yesterday, then here's a way of getting in and close to Stac an Armin today. 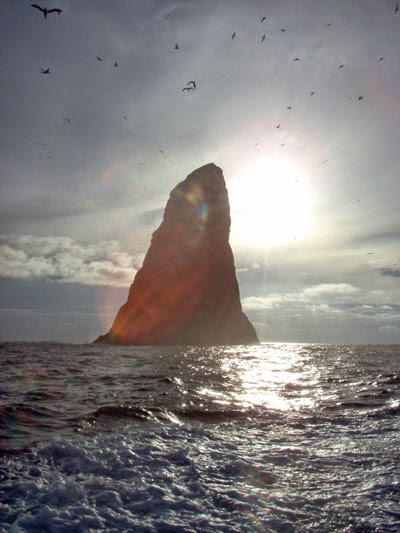