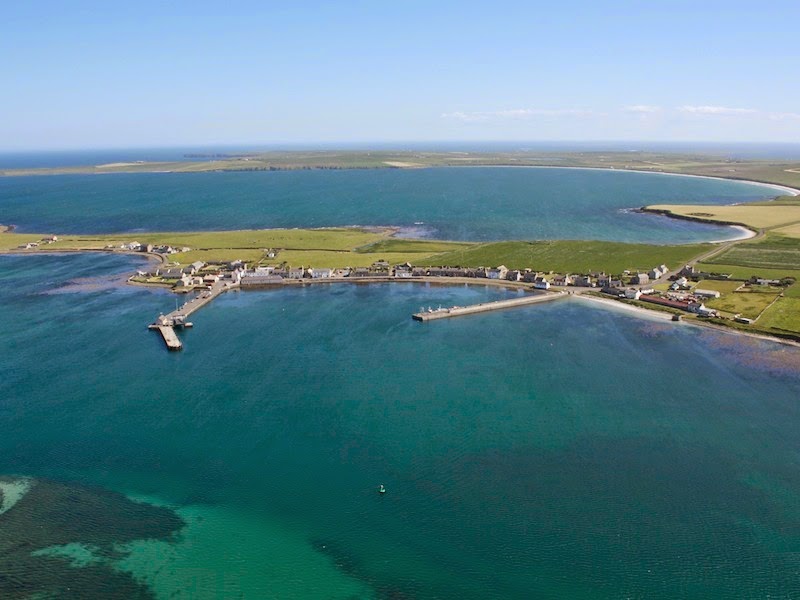 This aerial view of Whitehall, the main settlement on Stronsay, Orkney, indicates the extent of sea water here. Pilgrims would have passed through the port on the way to Mill Bay (below) where three mineral springs were to be found. One of them, the Well of Kildinguie, had special healing qualities - especially when its waters were taken with dulse or sea lettuce flakes from nearby Geo Odin. Alas, quarrying works in the 1870s reduced the flow of water to a trickle before it, and the pilgrims, disappeared. The Well had been regarded as the source of a panacea, with one exception - the curing of the Black Death. 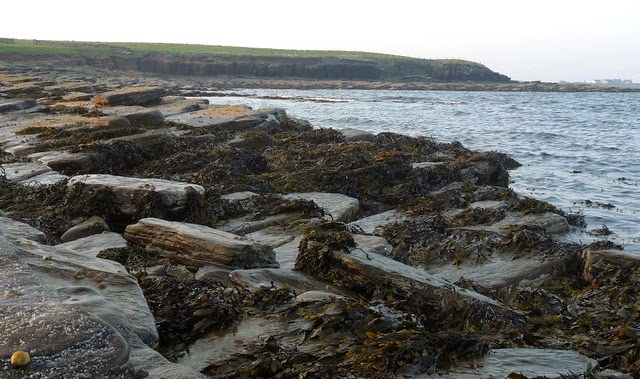