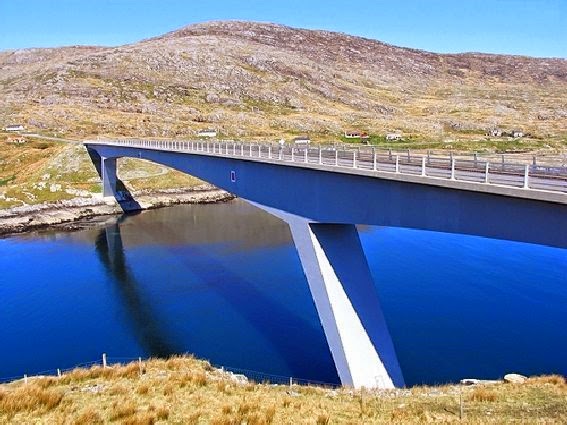 It is now 17 years since the Scalpay Bridge was opened and the sign by this shop in Tarbert, Harris, became redundant. So a generation of children has grown up unable to recall when their island was not connected to Harris and comings and going became a matter of decision rather than planning. 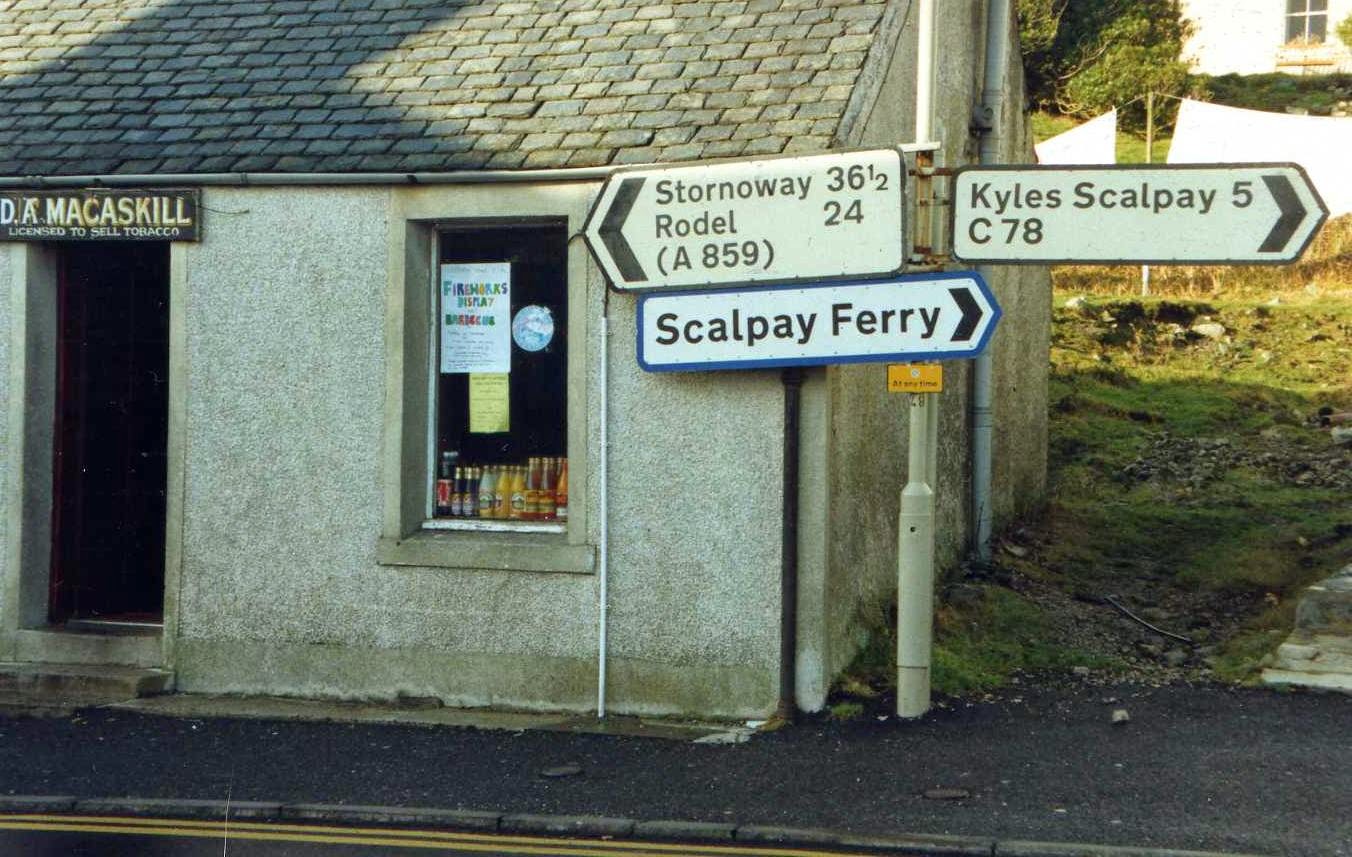 I camped on Scalpay just as they were building the bridge. Must have been one of the last to use the ferry. Richard Clubley