Dun, is a mile-long island in the St Kilda archipelago and was once joined to Hirta by a natural arch, destroyed probably in one of the frequent gales coming in from the south-west. It has plenty of vegetation by local standards, no sheep, and a large colony of fulmars. Its name derives from the Gaelic for 'fort' and its walls remain, somehow preserved against the elements and certainly recorded in Canmore by the Royal Commission on the Ancient and Historical Monuments of Scotland. The image below was taken by Mary Harman in 1977; the one above during a trip organised by Northern Light Charters. 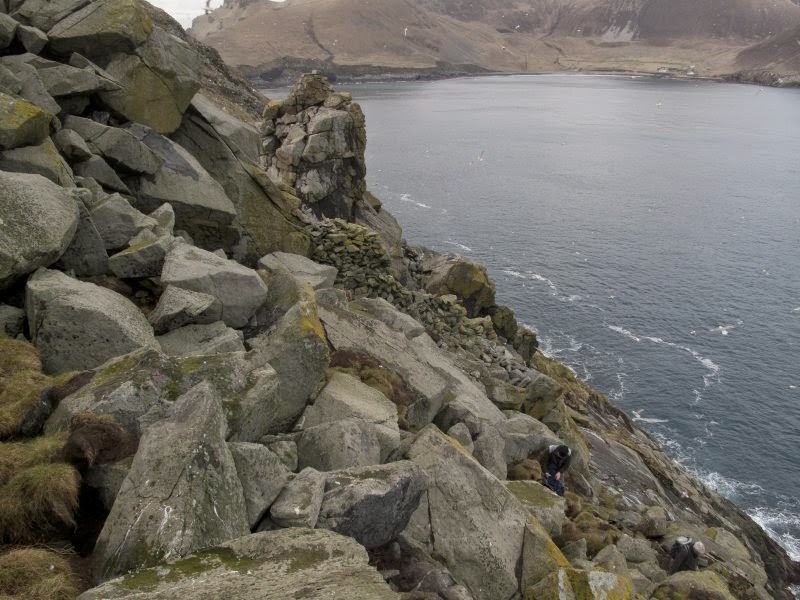