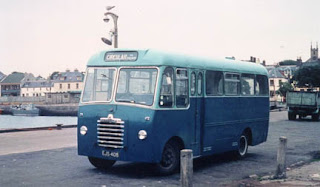 This Bedford bus was purchased in 1958 by John Mitchell of Stornoway and is in service here on the Stornoway Circular route. 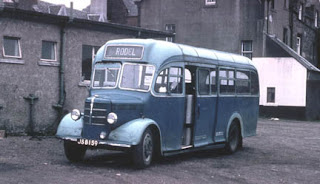 An earlier model, new in 1948, was acquired by the same company and is pictured in Stornoway ready to go to Rodel, Harris.  Going back in time to 1921 / 22 is a Model T Ford bought by Donald and Neil Ferguson of Ness and operated for 28 years on the route from the most northerly settlement on the Isle of Lewis into Stornoway. 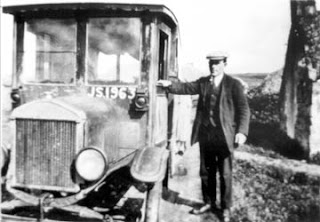 Far more details are available about the early days of bus travel in a book - A Fleet History of Pre-War Independent Operators in the Scottish Islands - featured in the Stornoway Gazette. There were a remarkable 114 licensed operators running services into the main town of Lewis in 1932, although this had fallen to 63 by 1939.