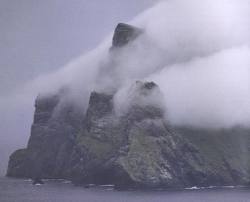 The cliffs of Hirta seem to be alight, at least symbolically. An Olympic Torch re-enactment recently took place on the island and was reported in the Stornoway Gazette. The former St Kilda residents were evacuated mid-way between the 1928 Games in Amsterdam and those held in Los Angeles in 1932.