Gairsay, Orkney, is just under one square mile in size and rises to a conical 335' with both a triangulation point and a cairn. Some collectors of these features will be drawn, whereas others may be attracted by the production of 'Cinderella stamps'. 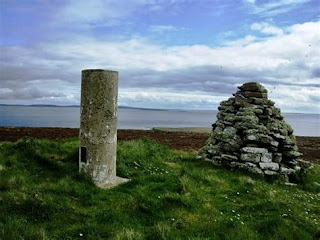 Its population plunged from 71 in 1841 to zero just over a hundred years later, although in earlier times the mansion at Langskaill was the home of Sir William Craigie, Member of Parliament. 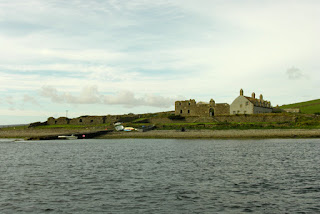 This south-facing residential site has seen several properties built including one that was modernised when new owners took possession 50 years ago. Their means of transport is into the pier at the sheltered Millburn Bay, protected by the Hen of Gairsay some 70' high and attached to the rest of the island by a narrow neck of land. 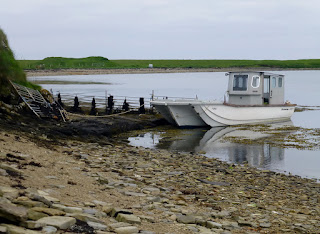