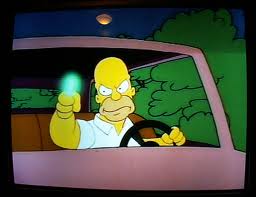 The problems of getting there safely with a toxic load came to light on Shetland last week. Two items appeared in the Shetland Times. One involved fears of nuclear waste being transported through the Fair Isle Channel and the other concerned a driver, appearing before the Scalloway magistrates, having consumed alcohol apparently to over four times the legal limit. Warning off for the former; immediate disqualification for the latter.